Artists Space was founded in 1972 by arts administrator Trudie Grace and critic Irving Sandler as a pilot project for the New York State Council on the Arts (NYSCA), with the goal of assisting young, emerging artists. Artists Space quickly became a leading organization in the downtown alternative arts scene in New York, which also included burgeoning institutions such as the 112 Workshop (later renamed White Columns), and the Institute for Art and Urban Resources (later named P.S. 1 Contemporary Art Center).

During its first year, Artists Space exhibitions were organized under the strict guidelines of artists chosen to select other artists to exhibit. Other early efforts to engage and help artists included the Emergency Materials Fund, which assisted artists with the presentation of their work at an established nonprofit venue, and the Independent Exhibitions Program, which supported the needs of artists who were involved in the production and presentation of work outside the context of an existing institutional structure. Through the decades, Artists Space has adapted to the shifting needs and concerns of artists and audiences in and outside of New York. 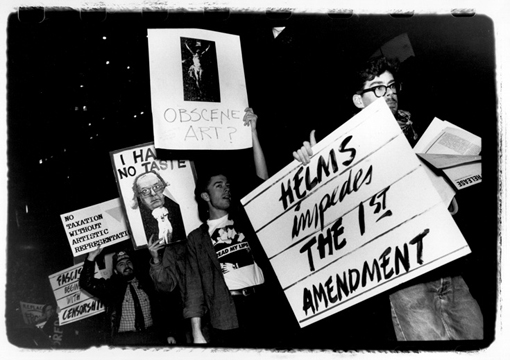 Demonstrations outside the opening of Witnesses: Against Our Vanishing, Artists Space, 1989

Today the program oscillates between local and global critical debates, while creating a platform for artists that are underrepresented within the context of New York, such as Miyoko Ito (Heart of Hearts, 2018), Lukas Duwenhogger (2016), Hito Steryl (2015), and Tom of Finland (The Pleasure of Play, 2015). We have presented the work of artists and cooperatives who challenge institutional norms and capitalist structures, such as Jack Smith (Art Crust of Spiritual Oasis, 2018), Coop Fund, Amalle Dublon and Constantina Zavitsanos, Devin Kenny, John Neff (Authorization Sessions, 2016-2017, 2018), and Cameron Rowland (91020000, 2016). In addition, Artists Space has staged exhibitions that address a politics of visibility, including Unholding, 2018 and Decolonize this Place, 2016.

Born out of the necessity to critique the imbalances of the New York art system, over the years Artists Space, like other alternative institutions, has had to ride the socioeconomic wave and suicidally doubt and reevaluate its mission, ironically, in order to remain in existence.

True to its word, Artists Space provides alternatives; they constantly bring to our attention things that for one reason or another are being missed. They remind us that there are other things going on than what is presented by more established institutions. Generally the role of the alternative space is to catch what falls through the cracks, between larger public institutions and commercial ventures such as art galleries; there is a kind of art on a certain scale that doesn’t get shown in New York’s major museums.

Over the years I have experienced Artists Space as a venue that presents engaging work, often made by emerging artists who later become recognized as prominent visionaries. In the 1970s the space was a testing ground for the most advanced ideas in the art of the time. The combination of individual artist shows with thematic group shows organized by young spirited curators generated an intense exchange of ideas. Artists could participate by submitting their slides to the Artists File. I chose to take my chances and play, and this led to my first show there with objects, Display #7 in 1979.

AMSC (Artists Meeting for Social Change) had meetings at Artists Space on Wooster Street every Sunday night, or every first Sunday of the month, for about two years. They were pandemonium sessions, it was great. In the beginning, Sol LeWitt would be there, Carl Andre would get up and give speeches, people would just get up. There'd be rip-roaring fights between Art and Language and The Fox folk...it was the most amazing education – very exciting. 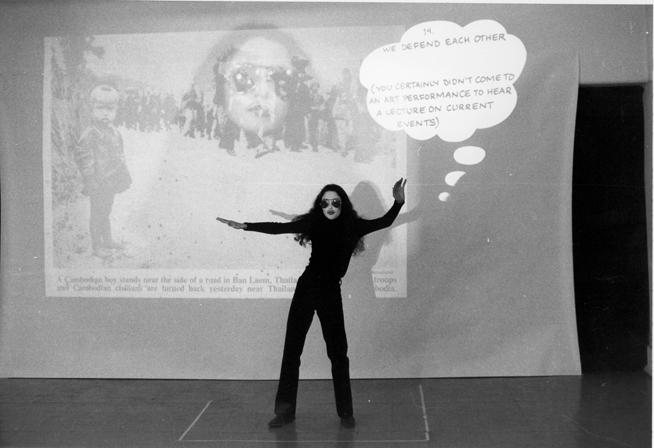 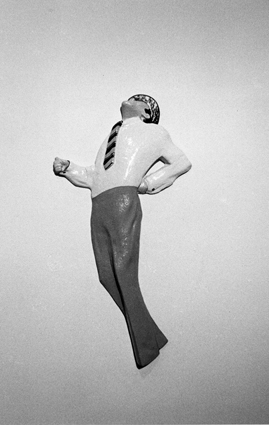 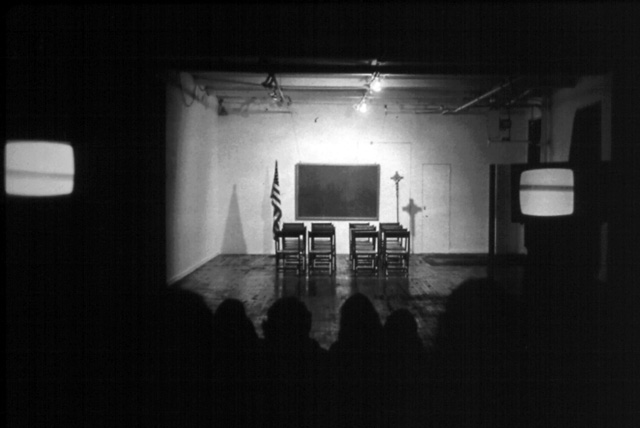 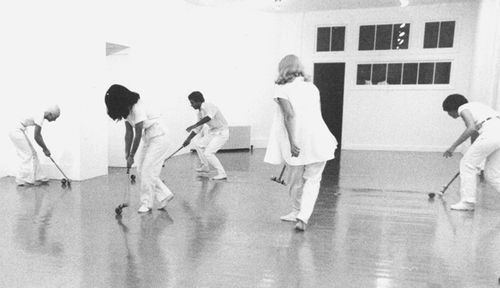 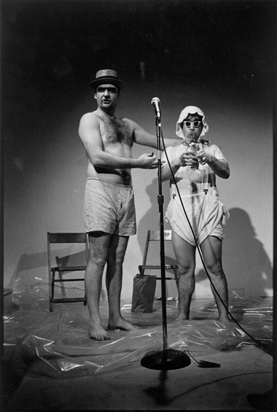 Baby IKKI, Michael Smith, 1975. Performance documentation from the reenactment as part of Memory Jam, May 17, 1985 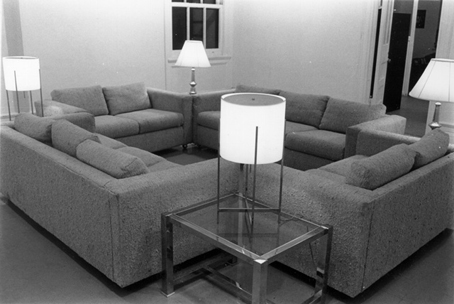 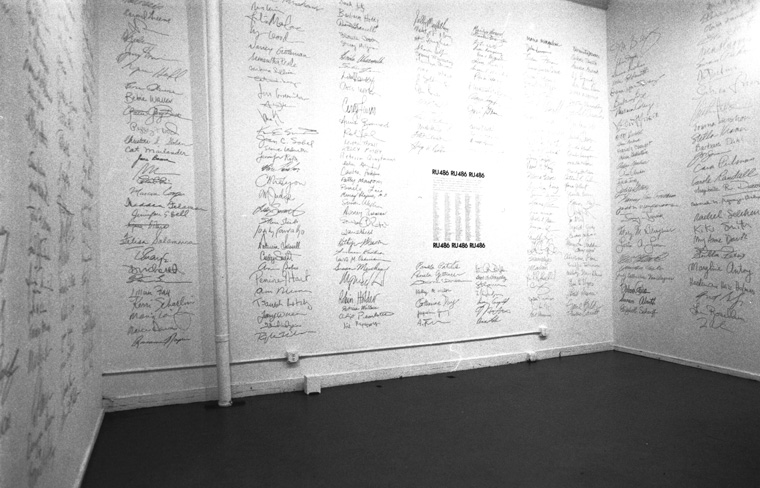 Installation view from The Abortion Project, a collaboration by Kathe Burkhart and Chrysanne Stathacos, 1991 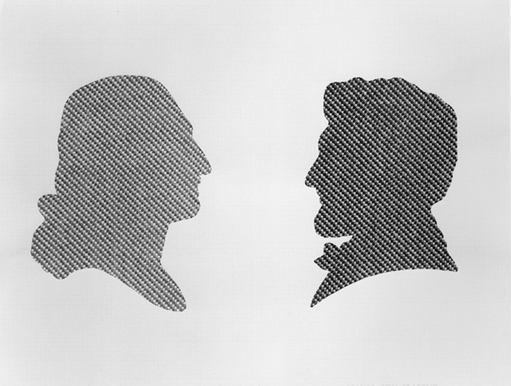 Founded in 1972 in downtown Manhattan, Artists Space has successfully contributed to changing the institutional and economic landscape for contemporary art, by lending support to emerging artists and emerging ideas alike, often controversially contributing and critically challenging the intellectual and artistic status quo in New York City and beyond.