Coinciding with the worldwide release of Laura Poitras’ widely anticipated and critically acclaimed documentary CITIZENFOUR, Artists Space presents an exhibition dedicated to the filmmaker’s 9/11 Trilogy, including her previous features My Country, My Country and The Oath as well as three short films The Program, Death of a Prisoner, and PRISM Whistleblower. Together with CITIZENFOUR, these films rigorously document and address the expansion of the security state in the aftermath of 9/11.

The 9/11 Trilogy considers, both obliquely and directly, a period in which access to information, and agency in relation to that information, has become contested ground among governments, citizens, security agencies, and the media. The films collectively raise vital questions around the role of critical visual culture at a historical juncture at which the construction of a social imaginary of “freedom” is positioned at odds with transparency and accountability.

My Country, My Country (2006), The Oath (2010) and CITIZENFOUR all revolve around individuals whose lives, in differing ways, have become intrinsically tied to the “war on terror” and U.S. military operations overseas. Each film stems from an encounter between Poitras and one of these people: Dr. Riyadh al-Adhadh, a Sunni electoral candidate in the 2005 Iraqi elections in Baghdad; Abu Jandal, a taxi-driver in Sana’a, Yemen, who had previously served as bodyguard to Osama bin Laden; and Edward Snowden, a National Security Agency infrastructure analyst turned whistleblower. The writer Janet Malcolm has posited that: “The moral ambiguity of journalism lies not in its texts but in the relationships out of which they arise.” Poitras’ films highlight the complexity at the heart of practices of journalism and reportage, in the light of contemporary ideological struggles between state and citizen. They also crucially trace unfolding relations between U.S. political and military interventions and individual positions of resistance, as knotted sites of belief and oppression.

My Country, My Country, portrays the tragedy and absurdity of the occupation of Iraq through the experience of Riyadh al-Adhadh, a medical doctor and Sunni electoral candidate in Baghdad. Poitras met Dr. Riyadh at Abu-Ghraib prison where he was recording prisoners’ complaints. Subsequently she began visiting his clinic, meeting his patients and ultimately living with his family as she followed their daily lives. Contrasted with footage of U.S. military, UN officials and private security companies in their orchestration of the country’s 2005 elections, the film frames a dizzying and disastrous confluence of local and global interests, within which Dr. Riyadh is an impassioned yet helpless figure.

The Oath originated from visits by Poitras to Sana’a, Yemen where she researched into the lives of Guantanamo prisoners including Salim Hamdan, better known as the driver of Osama bin Laden. Hamdan was the subject of litigation in the U.S. Supreme Court that resulted in the disbanding of the Pentagon’s system of military tribunals, which were found to be unconstitutional. In the course of her research Poitras met Hamdan’s brother-in-law, a taxi driver going by the nom de guerre of Abu Jandal. Abu Jandal had also served bin Laden as a bodyguard, and becomes the ostensible subject of The Oath, paralleling the “ghost” subject of Hamdan. Poitras’ documenting of Abu Jandal’s contradictory statements and motivations, and his personal conflict over his jihadi oath to bin Laden and the imprisonment of his brother-in-law, serves as an unsparing, yet fittingly irreconcilable articulation of the extrajudicial actions of the U.S. state, and its human and ideological consequences.

In comparison, CITIZENFOUR, now in theatrical release, hinges on a moment of reflexivity that suggests the manner in which Poitras’ films have inverted typical journalistic relations. In 2013, Edward Snowden, a systems analyst contracted to work for the U.S. National Security Agency, contacted Poitras through encrypted channels. Snowden had identified Poitras as a filmmaker whose work directly addressed the apparatus of the security state, and saw her as a discreet contact through whom it would be possible to make public numerous secrets he was privy to. Poitras' first video interview with Snowden, in a hotel room in Hong Kong, provided a vehicle through which the NSA’s PRISM program became known to the world. At Artists Space, three short films are exhibited that serve as key documents in Poitras’ process of investigation and reporting leading towards CITIZENFOUR: The Program (2012), Death of a Prisoner (2013) and PRISM Whistleblower (2013). 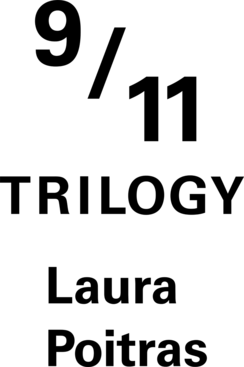