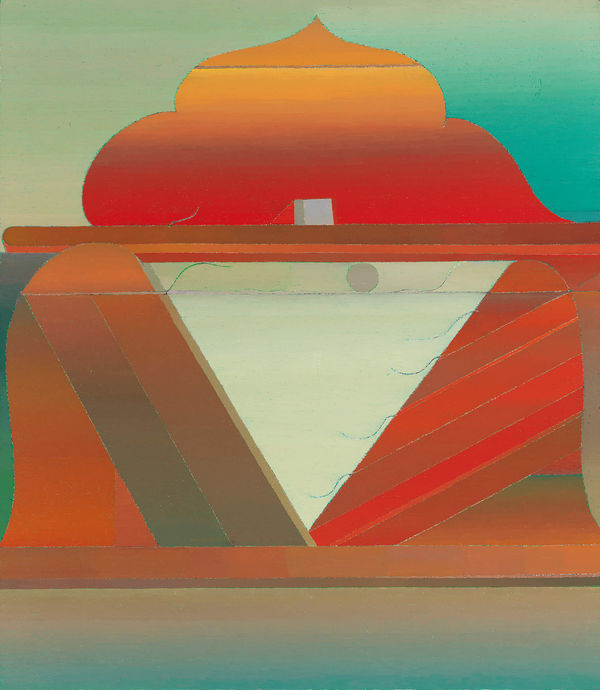 I have no place to take myself except painting.
– Miyoko Ito¹


Heart of Hearts comprises a selection of enigmatic abstract paintings by Miyoko Ito (1918–1983), whose work has remained largely unexamined and overlooked outside of Chicago. Not intended as a decisive survey, the selection mostly spans the 1970s until the end of the artist's life, and highlights Ito's searching exploration of self-portraiture and place.

Miyoko Ito was born in Berkeley, California, to Japanese parents in 1918. As a young girl, she spent several years with her mother and sister in Japan, where she first experimented with calligraphy and painting. Ito followed her father in attending the University of California, Berkeley, where she studied watercolor under John Haley, Erle Loran, and Worth Ryder. Months before her graduation in 1942, Ito was sent to Tanforan, an internment camp south of San Francisco. Released years before her new husband, she briefly matriculated at Smith College before transferring to the School of the Art Institute of Chicago, where she received a scholarship but never graduated. Although her efforts were highly susceptible to regionalization, Ito participated in the 1975 Whitney Biennial and was honored with a retrospective exhibition at the Renaissance Society in 1980. She was represented by Phyllis Kind Gallery in Chicago and New York from the late 1960s through her death in 1983. Recent exhibitions include solo presentations at the University of California, Berkeley Art Museum and Pacific Film Archive, 2017; Adam Baumgold Gallery, New York, 2006 and 2014; VeneKlasen/Werner, Berlin, 2012; and No Vacancies, a group presentation at Marianne Boesky Gallery, New York, 2015.

We would like to extend our gratitude to all of the lenders to Heart of Hearts:
Alice Brunner, Peter Doig and Parinaz Mogadassi, Kate Horsfield, Karen Lennox, Kate Lennox, Matthew Marks, JPMorgan Chase Art Collection, John B. Pittman, Robert Storr, Karin Tappendorf, and Gordon VeneKlasen. Thanks also to Video Data Bank, School of the Art Institute of Chicago; and the University of California, Berkeley Art Museum and Pacific Film Archive. 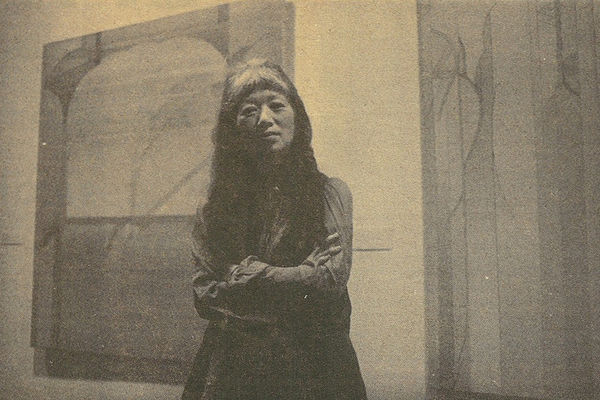 Miyoko Ito at the opening of Miyoko Ito: A Review, The Renaissance Society at the University of Chicago, 1980