Then there’s the story of Wee Willy, the gangster.

Goofy wants to be a children’s nurse so he borrows some clothes from his Aunt Anna, a red-and-white checked calico dress and a big hat. And he tries his luck as a kindergarten teacher, not very successfully though, because the kids all say they’ve never seen such a queer old doll. Goofy gets beaten up by the kids and flings his gear in the trashcan.

At that moment, an escaped convict comes by, Wee Willy, the gangster. He’s no bigger than a 3-year-old girl. He finds Goofy’s gear in the trashcan and puts it on.

On his way home, Goofy bumps into Wee Willy wearing Aunt Anna’s dress. “Poor little homeless mite,” Goofy thinks and takes the little girl home. He dishes up pheasant and partridges and a whole goose, and Wee Willy stuffs himself full. Goofy’s pretty surprised at the little girl’s appetite. But he’s mighty pleased, too and thumps his fists on the table. Wee Willy behaves terribly, but at last Goofy finds joy looking after a child.During the night the house is surrounded by gangsters. No, not by gangsters, by police. They storm the house and find Wee Willy. They recognize him, despite the gear he’s wearing. Goofy’s amazed and asks what they want of a poor little girl. “This is terrible! What has she done? Poor little orphan!” The police inform him that it’s Wee Willy, a wanted criminal. And as the police carry Willy out, explosive as a hand grenade, Goofy says: “Must have been a shock for the poor little girl to find out she’s a crook.”


The exhibition includes: a sculpture by Duane Hanson, a replica of a hotel bar and several protagonists that will appear weekly throughout July and August evenings in the hotel bar.
On these occasions Cuba Libre will be served.

Pride Goes Before a Fall / Beware of a Holy Whore – An Exhibition in Two Acts takes place across Artists Space’s two venues at 38 Greene Street and 55 Walker Street. This exhibition is supported by the New York State Council on the Arts, a State Agency, public funds from the New York City Department of Cultural Affairs, in partnership with the City Council, and The Friends of Artists Space. 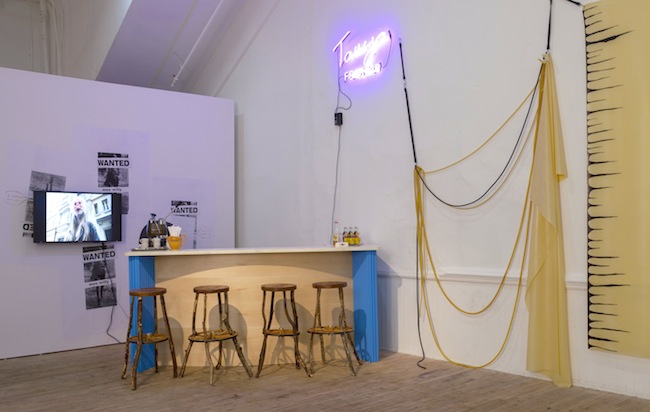 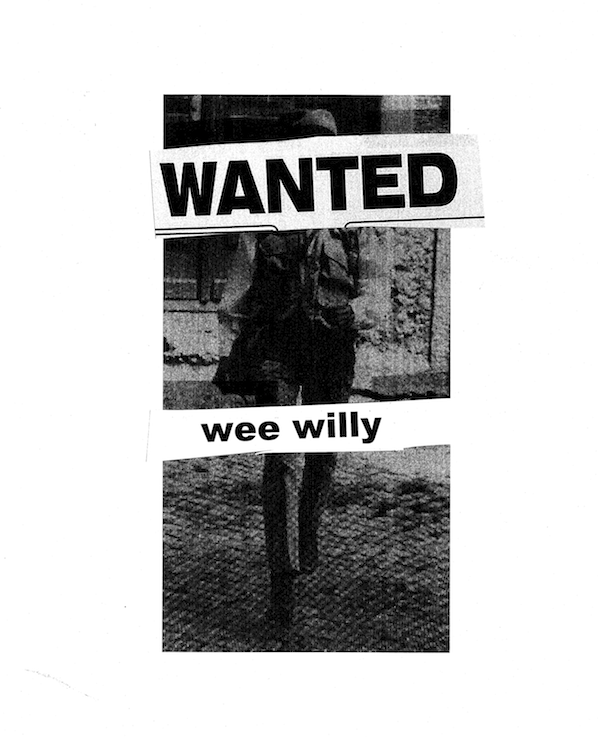