British graphic designer Richard Hollis (born London, 1934) is a seminal figure in postwar design and communication. Working consistently since the 1950s as a freelance designer, Hollis has also authored influential books on design history and theory. His practice has placed emphasis on close collaboration with those commissioning his design, including writers, editors, artists, curators and architects. An overriding concern for the effective and economic communication of the client's message has been consistent throughout his work.

This exhibition, curated by design historian Emily King with designer Stuart Bailey, is the first overview of Hollis’ work in the US. Consisting of over 150 items drawn from the designer’s personal archive including finished pieces, layouts, and notes, it reflects his entire professional life. Hollis was greatly influenced in the 1950s and 60s by travels to Zurich, Paris and Cuba, his production during this time revealing the impact of Swiss modernist design and Concrete art, alongside that of left-wing politics. In the mid-1960s he co-founded with Norman Potter a new School of Design at West England College of Art, based on experimental teaching principles, and worked as art director and designer of journals including New Society and Modern Poetry in Translation, the last of which Hollis went on to design for a period of 40 years.

Over these four decades, Hollis also worked for numerous publishers, including freelance for Penguin, and as art director at the left-wing publisher Pluto Press. In 1972 Hollis was one of the team of five that produced the book of John Berger’s BBC TV series Ways of Seeing. This significant project crystallized ideas around the ideological function of visual images, forming a critique of representation that was extended into the innovative relations between image and text in the publication. Hollis also collaborated with Berger on the design of the novel G. (1972) and the study of migrant workers A Seventh Man (1975), produced with the photographer Jean Mohr.

For a period of seven years in the 1970s and 80s, Hollis worked for the Whitechapel Gallery in London establishing a coherent system of communication for the gallery that has subsequently become a touchstone for the manner in which art institutions adopt a graphic identity. Since then he has worked for many other public and private art galleries, and along the way forged long-standing relationships and collaborations with several artists, most significantly British Op artist Bridget Riley. Consistent across his five decades of work as a designer has been a commitment to writing on design, including the key text Graphic Design: A Concise History, published by Thames & Hudson in 1994, and Swiss Graphic Design published by Laurence King in 2006. His writing for magazines, journals and newspapers, alongside letters and lecture outlines, have recently been compiled into About Graphic Design, published by Occasional Papers in April 2012.

Richard Hollis is curated by Emily King with Stuart Bailey. Exhibition furniture design by Simon Jones. The exhibition was first presented at Gallery Libby Sellers, London, in 2012, and toured to ECAL, Lausanne and Centre Pompidou, Paris.

This exhibition is supported by Graham Foundation for Advanced Studies in the Fine Arts; The New York State Council on the Arts, a State Agency; public funds from the New York City Department of Cultural Affairs, in partnership with the City Council; and The Friends of Artists Space. 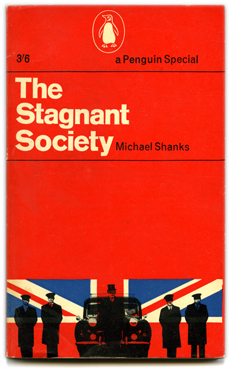 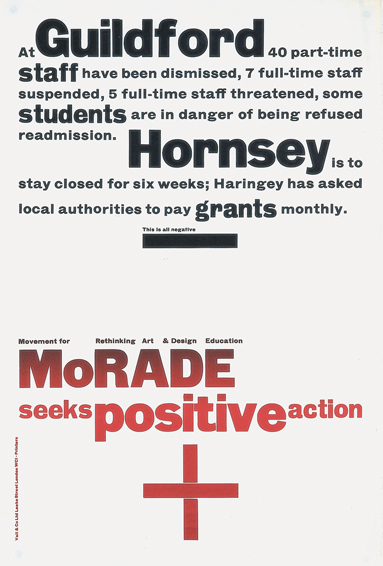 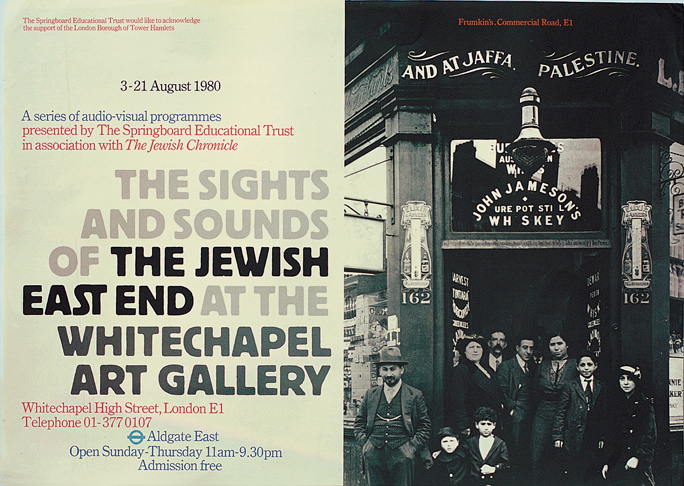 Exhibition poster for ‘The Sights and Sounds of the Jewish East End’ at The Whitechapel Gallery, London
Design by Richard Hollis, 1980
Courtesy Richard Hollis 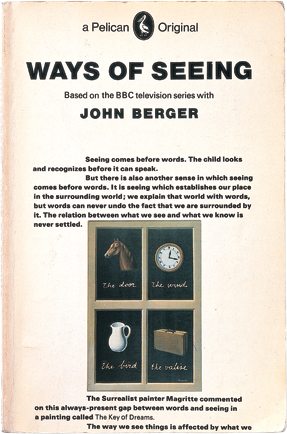 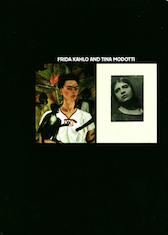 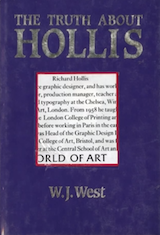