The exhibition will be accompanied by an illustrated catalogue with essays by Jimmie Durham, Jean Fisher, Emelia Seubert and Native American writer Paul Smith.

Of the show Fisher writes: “The title, We the People, was chosen as a gentle but ironic reminder that this phrase, and the sociopolitical organization of the Northeaster peoples, were appropriated by the United States Constitution as the foundation of American democracy. The exhibition involves the problems of presenting Native American art in a social climate that has little competence to see beyond its field of vision. The aim of the is exhibition is not to provide white audiences with revelations about who the people ‘really’ are, but to “address how white culture perceives, and is perceived by, ‘Indians’. And as we look at them looking at us looking at them we night be just a little uncomfortable that our gaze, so long concealed behind a dissembling rhetoric or a monocular lens, is capable of being turned back on us.” 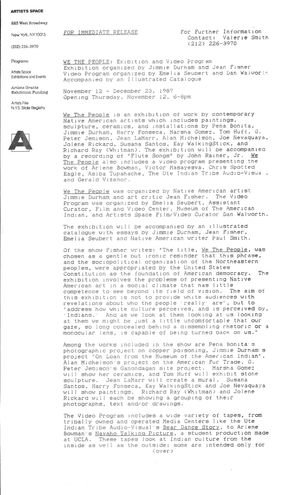 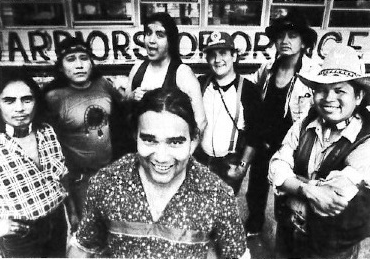