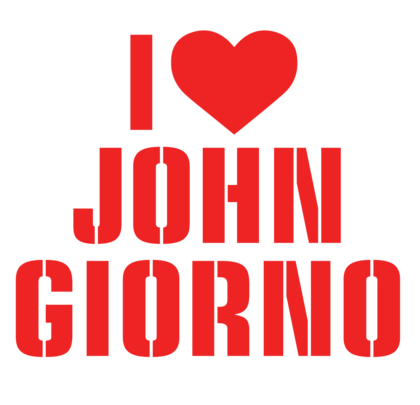 As part of the the multi-venue exhibition Ugo Rondinone: I ❤ John Giorno, Artists Space has organized a series of summer programs that, taking cue from the broad influence of John Giorno’s work, give focus to the queer overlap of reading and performance in contemporary North American poetry. Opening the series will be readings by John Giorno, Fanny Howe, and Mónica de la Torre.

For more information and a full list of programs visit ilovejohngiorno.nyc

John Giorno (born 1936 in New York City, NY) is an artistic innovator who has been defying conventional definitions of poet, performer, political activist, Tibetan Buddhist, and visual artist since he emerged upon the New York art scene during the late 1950s. In the 1960s, he began producing multi-media, multi-sensory events concurrent with Warhol’s Exploding Plastic Inevitable. He worked with Rauschenberg’s Experiments in Art and Technology (E.A.T) in 1966, and with Bob Moog in 1967-68. His breakthroughs in this area include Dial-A-Poem, which was first presented in 1968 at the Architectural Society of New York, and was later included in the MoMA’s Information exhibition in 1970. His contributions are significant to many culturally defining moments: the Beat generation, Pop Art, Punk, the Pictures Generation, and the hip-hop era. His work is included in the collections of the Museum of Modern Art, New York; Centre Georges Pompidou, Paris; Musée National d´Art Moderne, Paris; and Queensland Art Gallery/Gallery of Modern Art, Brisbane; among others.

In 1940, Fanny Howe was born in Buffalo, New York. She is the author of more than twenty books of poetry and prose. Her recent collections of poetry include Second Childhood (Graywolf, 2014); Come and See (Graywolf, 2011); The Lyrics (Graywolf, 2007); On the Ground (2004); Gone (2003); and Selected Poems (2000). Howe was the recipient of the 2009 Ruth Lilly Poetry Prize. She also won the 2001 Lenore Marshall Poetry Prize for her Selected Poems, and has won awards from the National Endowment for the Arts, the National Poetry Foundation, the California Council for the Arts, and the Village Voice. She has received fellowships from the Bunting Institute and the MacArthur Colony. She was shortlisted for the Griffin Poetry Prize in 2001 and 2005.

Born and raised in Mexico City, Mexico, Mónica de la Torre came to the United States in 1993 on a Fulbright Scholarship to study at Columbia University in New York City. Her first book of original poetry in English, Talk Shows, was published in 2007 by Switchback Books, followed by Public Domain (Roof Books) in 2008. Her book The Happy End/All Welcome was published by Ugly Duckling Presse in 2017. She edited and translated the volume Poems by Gerardo Deniz, and has translated numerous other Spanish-language poets. She has recently co-edited, with Laura Hoptman, a special issue of The Brooklyn Rail dedicated to I ❤ John Giorno.