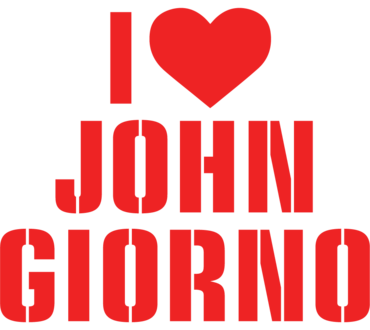 Due to inauspicious weather circumstances, the location of this program has been changed from the New York Marble Cemetery to Artists Space, 55 Walker Street.

[[[The New York Marble Cemetery is the oldest public non-sectarian cemetery in New York City. There are no gravestones, and the names of the original owners of the land, who are interred in subterranean vaults of white Tuckahoe marble, are inscribed on plaques at its surrounding boundaries. Secluded behind tall walls in the heart of the East Village, the cemetery is today maintained as a lawn and garden—a "meaty earthy goodness," to echo Giorno's description of nature in his poem "Welcoming The Flowers," and a space of quiet contemplation against the urban development that goes on, unmitigated, around it.]]]

For more information and a full list of programs visit ilovejohngiorno.nyc

Nuar Alsadir, a poet & psychoanalyst, has published two books of poetry. Her most recent Fourth Person Singular was shortlisted for the Forward Prize for Best Collection in England and Ireland 2017. Her work has appeared in Granta, The New York Times Magazine, Poetry London & elsewhere.

Max Blagg was born in England and has lived in New York City since 1971. He is the author of four collections of poetry, and several other books and chapbooks, most recently Slow Dazzl (Shallow Books, 2017) which documents 25 collaborations with artists including Nan Goldin, Alex Katz, Jack Pierson, Richard Prince, Jerelyn Hanrahan, Keith Sonnier and others.

Stefan Bondell is a painter and poet who has organized numerous readings and art performances throughout New York City. He has shown his work at The Hole, Acquavella Galleries, Vito Schnabel Gallery and internationally.

Jason Napoli Brooks’ fiction has appeared in various publications. He is the author of the crime serial Cock of the Walk and the recipient of the Chapbook Award for Best Fiction. Brooks wrote the play Soundstage, which will be directed by Rob Roth and will star Rebecca Hall.

Jameson Fitzpatrick’s poems have appeared or are forthcoming in The American Poetry Review, The New Yorker, Poetry, and elsewhere. He is the author of the chapbook Morrisroe: Erasures (89plus/LUMA Publications, 2014) and teaches writing at NYU.

John Godfrey first read John Giorno's poems in 1965, in Mother, and has ever since thought John is one of the true breakthrough artists. He has vivid memories of many Giorno performances and thinks John is the greatest performer in poetry. Godfrey's books include The City Keeps: New and Selected Poems 1966-2014, Tiny Gold Dress, City of Corners, and Private Lemonade.

Rin Johnson is a Brooklyn-based artist and writer. They are the author of Meet in the Corner (Publishing House, 2017) and Nobody Sleeps Better Than White People (Inpatient Press, 2016), and recently participated in the group exhibition The Unframed World: Virtual Reality as artistic medium for the 21st century at Haus der elektronischen Künste, Basel. Johnson is a co-founder with Sophia Le Fraga of the online journal Imperial Matters (a space for liquid poetry).

John Giorno (born 1936 in New York City, NY) is an artistic innovator who has been defying conventional definitions of poet, performer, political activist, Tibetan Buddhist, and visual artist since he emerged upon the New York art scene during the late 1950s. His contributions are significant to many culturally defining moments: the Beat generation, Pop Art, Punk, the Pictures Generation, and the hip-hop era.

Precious Okoyomon is a artist and poet. Precious was born in London but now lives in Brooklyn. She goes to NYU for her MFA and has a toy poodle named Rainbow.

A lifelong New Yorker, Ilka Scobie first saw John Giorno perform when she was in high school, and has since been an ardent fan. She teaches poetry in city schools and her recent work has appeared in Brooklyn Rail, American Book Review, Poetry in Performance, Resist Much Obey Little and London Artlyst.

Born in Milwaukee, Wisconsin, Stacy Szymaszek is the author of five books: Emptied of All Ships (2005), Hyperglossia (2009), hart island (2015), Journal of Ugly Sites and Other Journals (2016), which was the winner of the Ottoline Prize from Fence Books, and A Year From Today (forthcoming 2017). She is currently the director of the Poetry Project in New York City.

Edwin Torres’ books include Ameriscopia, Yes Thing No Thing and In The Function Of External Circumstances. Poetry found him a lifetime ago, on the streets of the East Village, as a lingual-isualist—fluent in the languages of sight and sound. His visual work will be exhibited in a group show this August at The Drawing Center in Soho.

Jeffrey Cyphers Wright is the author of 14 books including Triple Crown, Party Everywhere, and Radio Poems. Wright’s work is included in New American Writing, 2017, and he holds an MFA in Poetry. He stages events at KGB Bar and La MaMa in conjunction with Live Mag!