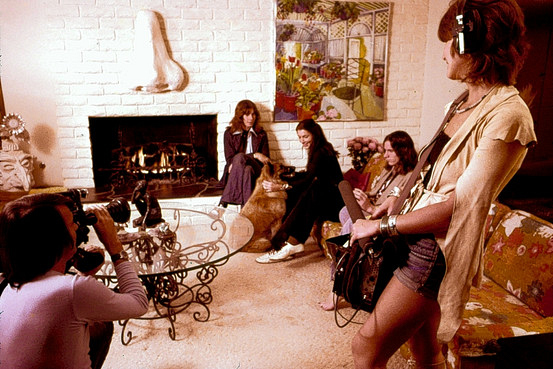 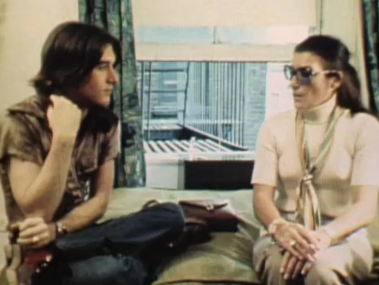 An American Family
Presented by Stuart Comer, with Alan and Susan Raymond, and Cecilia Dougherty

The seminal TV series An American Family (conceived and produced by Craig Gilbert in 1971-1972, aired by PBS in 1973) chronicled the lives of the Louds, an upper-middle class family from Santa Barbara. Its fly-on-the-wall documentary format marked it as a precursor of reality TV, with the window into domestic life causing controversy and speculation as to its impact on the family’s lives – the period of filming coincided with the separation and subsequent divorce of Pat and Bill Loud.

Film and performance curator Stuart Comer introduces a screening of episodes from the series, alongside Cecilia Dougherty's 2001 two-channel video Gone. The event will particularly focus on episode 2 of An American Family, that chronicles eldest son Lance Loud’s coming out, and his eventual move to New York and engagement with the social scene revolving around Andy Warhol’s Factory. Dougherty's film is based loosely on the dialogue and interactions depicted in this episode, including performances by artists and writers Amy Sillman, Laurie Weeks and Frances Sorensen, and music by Le Tigre. Joining Comer and Dougherty for a discussion of An American Family will be distinguished documentarians Alan and Susan Raymond, who directed the series, and produced subsequent features on the Loud family, including a 2003 film on Lance Loud.

Filmed in the same year as Fassbinder’s Beware of a Holy Whore, An American Family highlights the emergence of a critical and commercial debate during this period on notions of realism in popular media. The controversy around the series implicates the role of cultural production as a catalyst for social behavior, as much as a mode of distanced representation. A discussion between Comer, and Alan and Susan Raymond will touch on these and other concerns stemming from An American Family.

Stuart Comer has since 2004 worked as Curator of Film at Tate Modern, and in September will take on the position of Chief Curator of Media and Performance Art at MoMA, New York. He is co-curator of the Whitney Biennial 2014. He has previously organized extended screenings of An American Family at Kunstverein Munich and CASCO, Utrecht.

Alan and Susan Raymond are Academy Award-winning filmmakers who have produced feature-length documentaries on a variety of social issues for HBO, PBS and the BBC. They have won Emmys for their films Children In War depicting the effects of war on children in Bosnia, Rwanda, Israel, Palestine and Northern Ireland and I Am A Promise, examining the complexities of public education.

"In An American Family nobody knew what was going to happen. The result is certainly not fiction, nor is it the conventional TV documentary... It is a new kind of art form. It is, I believe, as new and as significant as the invention of drama or the novel–a new way in which people can learn to look at life by seeing the real life of others interpreted by the camera."
– Margaret Mead, 1973 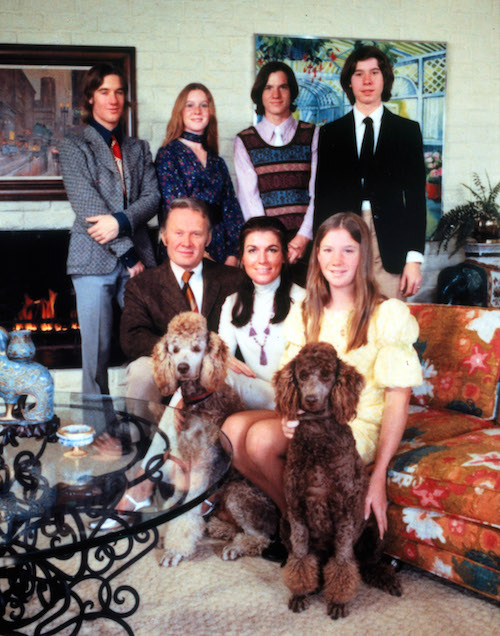 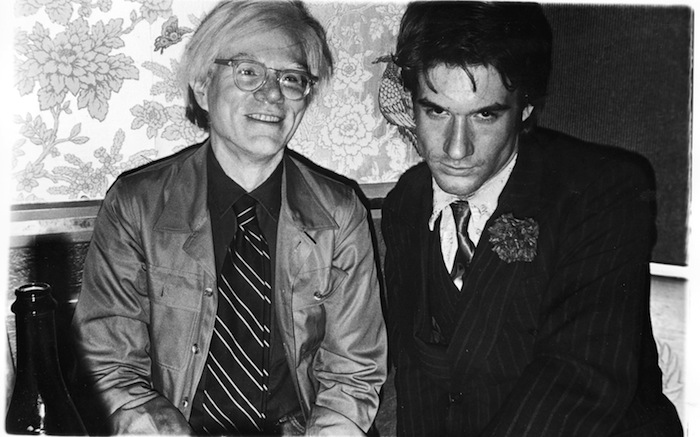