Anywhere or Not at All
Peter Osborne, with responses from Suhail Malik

This event marks the launch of writer Peter Osborne’s Anywhere or Not at All (Verso, 2013), a major new philosophical intervention in art theory that challenges the terms of established positions through an approach at once philosophical, historical, social and art-critical. Osborne will give a lecture touching on the central concerns within this series of essays, particularly asking what kind of discourse can open contemporary art up effectively to critical analysis. Following his talk he will be joined in conversation by writer Suhail Malik.

Anywhere or Not at All: Philosophy of Contemporary Art develops the position that “contemporary art is postconceptual art,” progressing through a dual series of conceptual constructions and interpretations of particular works to assess the art from a number of perspectives: contemporaneity and its global context; art against aesthetic; the Romantic pre-history of conceptual art; the multiplicity of modernisms; transcategoriality; conceptual abstraction; photographic ontology; digitalization; and the institutional and existential complexities of art-space and art-time. Anywhere or Not at All maps out the conceptual space for an art that is both critical and contemporary in the era of global capitalism.

Suhail Malik holds a Readership in Critical Studies at Goldsmiths, London, where he is Programme Co-Director of the MFA Fine Art. For 2012-13, Malik is Visiting Fellow at the Center for Curatorial Studies at Bard College, New York. 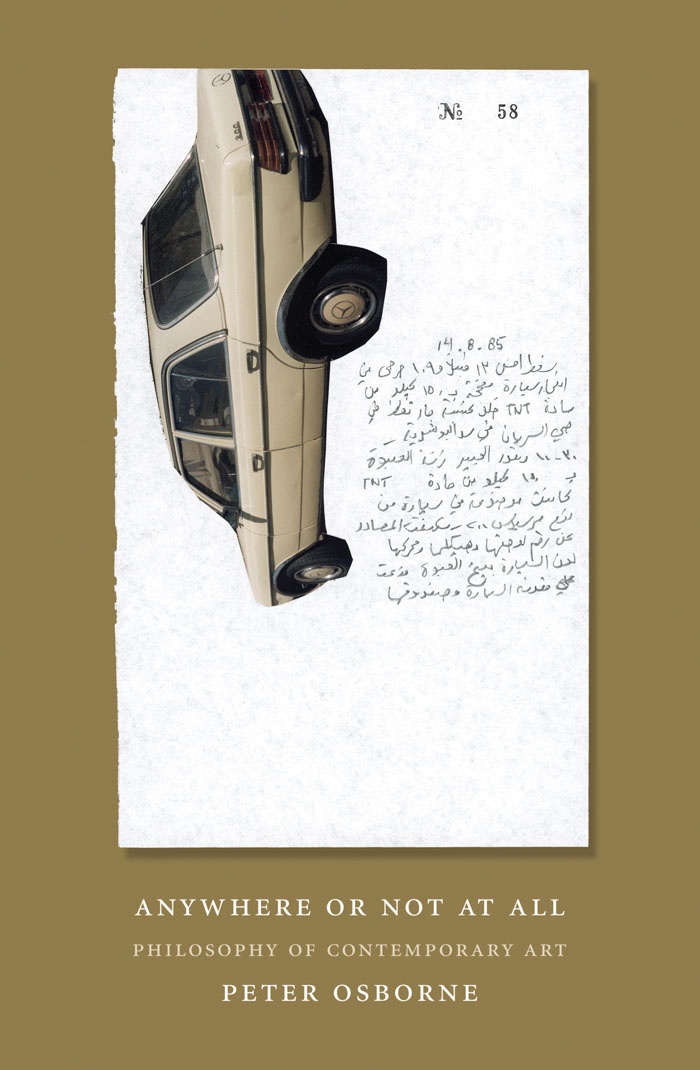