Book Launch
The Symbolic Commissioner
By Søren Grammel
With a conversation between
Martin Beck, Sabeth Buchmann and Søren Grammel.

To celebrate the launch of The Symbolic Commissioner – a publication focusing on two exhibitions curated by Søren Grammel at Grazer Kunstverein – Artists Space hosted a presentation and discussion between Martin Beck, Sabeth Buchmann and Søren Grammel alluding to questions of curatorial practice, exhibition making and the role of display.

The two exhibitions – Die Blaue Blume (2007) and Idealismusstudio (2008) – form the starting point for the posing of a question described metaphorically by the book's title and the image of the "symbolic commissioner". The expression refers to the utopia of the New Man, which various avant-gardes from art, dance and architecture declared both the client and the aim of their artistic production at the beginning of the 20th century.

This client is a symbolic one, because his actual identity remains ambivalent. Houses and carpets, wallpapers and suits, new cities and chairs were designed for him. Yet the figure has remained a utopian one, flaring-up only for brief moments and as a fragmentary manifestation from the productions of the artists. Its outlines are and remain the subject of permanent negotiation and speculation – a projection surface.

Appreciation for and fascination with many of these preceding experiments, modern in terms of both aesthetics and social politics, but also the complex circumstances of their various disenchantments are the starting points for the artworks and texts and exhibitions published in this book. Turning this around, the question they have in common is this: what possibilities for agency might be gained from newly engaging in an exploration of art as model and its contradictions in contemporary social space? But also: how can the subsequently arising, fundamental doubts about the concept of art as model divest it of its totality, its template-like existence? Because of the troubled history of the 20th century, it is quite right that we have lost the claim of being able to reduce things to one aspect, one perspective or one system. Yet how can utopian thinking still become part of the production of society in today’s culture despite this – or specifically because of – this history?

Martin Beck is an artist who lives in New York and Vienna. His projects include Social Abstraction, Kunstraum Lakeside Klagenfurt (2010), 29th Biennale São Paulo, São Paulo (2010), Amerikana, NGBK Berlin (2010) and Panel 2 – Nothing better than a touch of ecology and catastrophe to unite the social classes…, Gasworks, London (2008). His publications include *Critical Condition* (with Julie Ault, 2003). Beck is a professor at the Academy of Fine Arts, Vienna.

Søren Grammel is the curator of numerous exhibitions, who since 2005 has held the post of Artistic Director at the Grazer Kunstverein. He has lectured at Kunsthochschule Kassel. His publications include Exhibition Authorship: The Construction of the Authorial Position of the Curator, Revolver Books (2005), and The Symbolic Commisioner, Sternberg Press (2011). 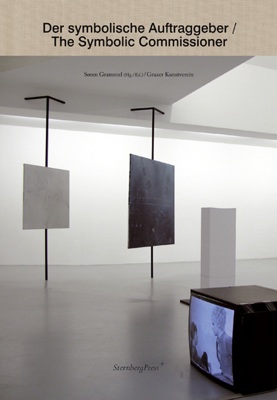