Tying Up the Phone Lines:
Bulletin Board Systems and Networks before the Internet
Jason Scott
with Bosko Blagojevic

Artists Space and Sex Magazine present an evening addressing the legacy of Bulletin Board Systems. A screening of two chapters of BBS: The Documentary will be followed by a conversation between Jason Scott and artist and writer Bosko Blagojevic.

A decade before the consumer Internet broke into the domestic arena of home computing, several generations of Americans built an archipelago of early dial-up networks called Bulletin Board Systems (or BBSes). Thousands of these text-based networks allowed messaging, forums, and file sharing between their users—potentially anyone who had the right number to call. The culture of each BBS meanwhile was unique: a board might attract teen hackers sharing discoveries while exploring phone company switches, far-flung software developers with similar interests, or an otherwise dispersed urban gay community. Using a modem-equipped home computer, all of these divergent groups would together engender a nascent culture of networked communication and sociability.

Today in New York, as the Internet evolves toward an increasingly exotic script-driven era of data persistence and identity tracking, many in the cultural sector are looking to the historical precedents of the roaring consumer Internet of the mid-90s. The bulletin board system scene is a vital component of understanding this pre-Internet history as well as the social infrastructure underlying the rapidly evolving present.

Jason Scott’s 2005 film BBS: The Documentary features over 200 in-depth interviews with some of the central protagonists of the BBS era of the 80s and early 90s. From hobbyist programmers to tech entrepreneurs and teen hackers and phone phreaks, Scott has created a major work of computing and communications history that lets these pioneers tell their own story. BBS is an authoritative and engrossing look into the culture that prepared millions of Americans for the Internet.

Two chapters of the eight-hour film will be presented:

“Make it Pay” covers the BBS industry that rose in the 1980's and grew to fantastic heights before disappearing almost overnight.

“HPAC (Hacking Phreaking Anarchy Cracking)” hears from some of the users of "underground" BBSes and their unique view of the world of information and computers.

Jason Scott (born September 13, 1970 in Hopewell Junction, New York) is an American archivist and historian of technology. He is the creator, owner and maintainer of textfiles.com, a web site which archives files from historic bulletin board systems. He is also the creator of a 2005 documentary film about BBSes, BBS: The Documentary, and a 2010 documentary film about interactive fiction, GET LAMP. Scott has been known by the online pseudonyms "Sketch", "SketchCow" and "The Slipped Disk". He currently lives in Hopwell Junction, New York.

Bosko Blagojevic’s 2012 essay Notes Unpacking a Library (Cult of the Dead Cow) was published in Sex Magazine this past fall. 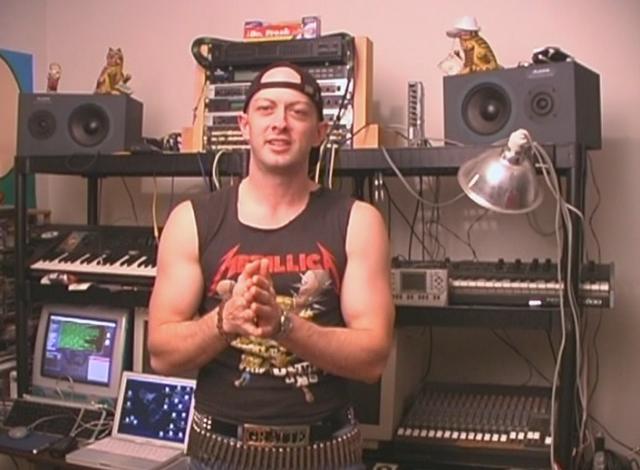