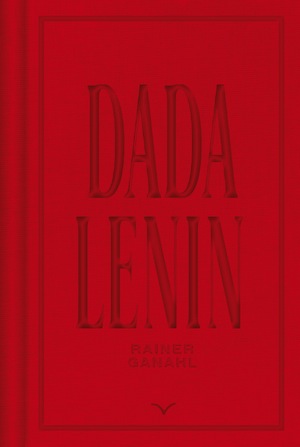 Artists Space is pleased to host a conversation between artist Rainer Ganahl and art historian Boris Groys to mark the publication of DADALENIN (Edition Taube, 2013). This book compiles over 600 pages of text, documentation, and images from Ganahl’s eponymous project, accumulated over the past decade. Ganahl's multifaceted research addressing Vladimir Lenin's supposed involvement with Dada circles in early 20th century Zurich, has taken the form of reading seminars, performances, numerous artworks, films, and museum exhibitions. The publication brings together this vast archive for the first time, until this point having only beenpartially available on Ganahl's encyclopedic website.

Since the early 1990s, Rainer Ganahl has developed a methodological blend of academic research, political and social inquiry, and art production that emphasizes the importance of learning, and of questioning convention. The DADALENIN project takes up the problematic personal and ideological history of Lenin duringthe period of World War I, in order to investigate the seemingly outrageous claim that Lenin was a founding member of Dada at the Cabaret Voltaire in Zurich in 1916. The dense and varied material produced by Ganahl documents a thread of plausible evidence and fresh discoveries surrounding Lenin, the Dadaists, and key players in the volatile political climate of the early 20th century.

Along with the comprehensive collection of research and facsimiles of DADALENIN artwork produced over the decade, the publication includes an introductory text by co-editor Johan Hartle, philosopher and writer living in Amsterdam; a conversation between Ganahl and art historian and writer Boris Groys, an acclaimed expert on Russian postmodernism and the avant-garde, as well as an interview conducted by Jenny Borland, writer and curatorial assistant at Artists Space. The event will bring the contributors together in discussion to further develop the project as an ongoing historical and critical investigation. Additionally a new video piece recently developed by Ganahl will be shown, which features a replay of a historic Cold War chess match filmed at the elite Marshall Chess Club in New York, utilizing the black porcelain Lenin figurines that accompany the special “mausoleum” edition of DADALENIN.

DADALENIN, Rainer Ganahl and Johan Hartle, eds., Edition Taube (2013) will be available for purchase at the launch.

Boris Groys (1947, Berlin) is a writer, theorist, and internationally acclaimed historian on postmodern Russian art and philosophy. He has served as the curator of several international exhibitions, and is the author of publications including Introduction to Antiphilosophy (2012); Going Public (2010); Art Power (2008); and The Total Art of Stalin (1992); in addition to numerous articles of art criticism and history. Groys is a Distinguished Professor at New York University; the Center for Art and Media Technology, Karlsruhe, Germany; and the European Graduate School, Saas-Fee, Switzerland.