Dancing in a Pool of Gray Grits
Bruce Baird on Tatsumi Hijikata and Butoh
With a screening of Donald Richie’s Sacrifice/Gisei,1959

What has become of our bodies?

Bruce Baird is a lecturer in Japanese culture at the University of Massachusetts, Amherst, and is the author of Dancing in a Pool of Gray Grits, a comprehensive study of Tatsumi Hijikata and Butoh. His presentation addresses the influence and ideas of Hijikata in the formation of Butoh, while equally considering the early role the transgressive and sexually explicit played in the movement, as conceived and documented within Hijikata’s “butoh-fu” notebooks.

This talk will be accompanied by a rare screening of Sacrifice/Gisei, a short film produced by Hijikata and the preeminent scholar on Japanese cinema Donald Richie in 1959, which documents an early Butoh performance.

This program forms part of a weekend symposium curated by Artists Space under the title Public Bodies, Private Parts.
As an element of Artists Space’s curatorial programming partnership with Whitney Biennial 2012, this weekend of talks, discussions and screenings looks at representations of “hidden” biographies, particularly in relation to notions of “perversion.” 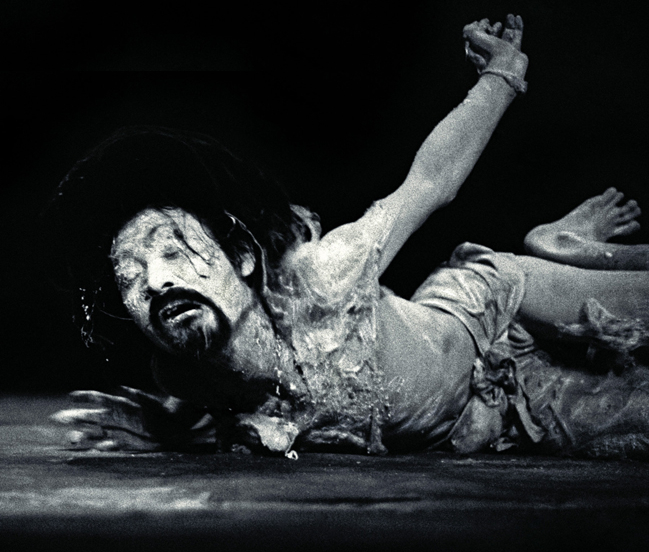