Jutta Koether’s “fifth season act” at Artists Space Books & Talks is conceived of as a finale to a series of works that have recently circulated in various venues in New York, including Whitney Biennial 2012, the Reena Spaulings booth at Frieze New York, and Koether’s solo exhibition The Fifth Season at Bortolami.

The works in this series are modeled after the seventeenth-century French classical artist Nicolas Poussin’s painting cycle The Four Seasons (1660–64), which are currently displayed in the Louvre, Paris. Koether’s “seasons” overlay this referent with clashing signifiers of contemporaneity, enacted through the medium of painting. In their simultaneous presence across different venues in New York, the works reference each other, but produce clear distinctions in accordance to the relationships (professional, personal, spatial, and socio-historical) implicit to their exhibition contexts.

Employing Artists Space’s 55 Walker Street location as a site for reading and re-reading the shuffling of “seasons” just past, the act is seen as a celebratory, carnival version of the Seasons cycle. Koether will produce a new painting for the act, reflecting on time, passing, expectations, inflations and desires surrounding participation in a multilayered New York art spring; as well as the subsequent exhaustion and disappearance of the body after these productions have taken place. 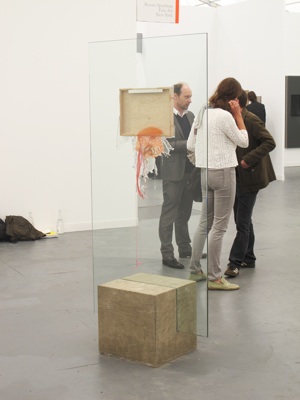