As part of the exhibition Frozen Lakes, Artists Space presents the New York premiere of Ken Okiishi’s most recent video The Deleted Scene(2012), alongside a rare screening of one of Okiishi’s early works, Telly & Casper(2000). The screening will be introduced by critic and Artforum Associate Editor, Caroline Busta. Following the screening, there will be a Q&A with the artist, moderated by Busta.

Telly & Casper(2000) takes place in an early internet NYC, where affects were just beginning to circulate in the digital / social network way (pre-Facebook, pre-YouTube, etc.). The city was beginning to feel more like a website than a mise-en-scene, as data flowed and redistributed urban experience along lines of legal and real estate "development,” gaining speed and efficacy of control through increasingly precise technologies of collecting data streams. In Telly & Casper, the glitches this produced "in real life" are inputted into urban space and narratives: the Larry Clark/Harmony Korine film KIDS, treated as a cinematic data set, is thrown onto adolescent bodies attempting to become something in these emerging networks of control and redistribution. The genres of remake and appropriation loosen control, as references fail to move in linear, fixed paths, while also being increasingly recorded and re-posted. This is the opening both of the possibility of new subjectivities and the possibility of in-real-time control of consumers and vampires addicted to feedback loops. Telly & Casper offers a view into a transitional state, when the body was starting to “freak out” (and “shut down”) against the pressure of so much social data.

The Deleted Scene(2012), Okiishi's most recently completed video, is very much of the current moment of global data streams, fast downloads, YouTube art, and a dominance of financial capitalism built on ever-more sophisticated and dematerializing financial instruments. The particular “scene” of The Deleted Scene is the mobilizing of a volunteer army of bodies in tangential industries, such as creatives and hipsters, who are thought to bring vitality and viability to previously dead real and virtual spaces and networks. It is also a reflection on the desires of these bodies to "keep it real”: an action which acknowledges the impossibility of escaping the ever-hatching realms of instrumentalization—where even the term instrumentalization itself feels “profitable”—while also not producing the obedient smoothness required of distant financial products. The distance of cut-up data and capital investment begins to be carved out as a place of detour; but it is also not as clear-cut as this, as a YouTube clip of We're in the Money from Gold Diggers of 1933, http://www.youtube.com/watch?v=UJOjTNuuEVw, is flowed into this particular network and allowed to go “viral.” The Deleted Scene was produced in collaboration with, and shot in and around, the collectively run, self-organized cinema space, AP News, in Zurich.

Ken Okiishi (born 1978, Iowa, USA) lives and works in New York and Berlin. He has recently presented solo exhibitions at Take Ninegawa, Tokyo (2012); Alex Zachary Peter Currie, New York (2010); and Mehringdamm 72, Berlin (2010). In 2011, his video (Goodbye to) Manhattan was screened at Anthology Film Archives, New York, and in 2009 he was included in Performa 09, New York. Okiishi has participated in numerous group exhibitions including Based in Berlin, Berlin (2011); One is the loneliest number (with Nick Mauss), Institute of Contemporary Art, Philadelphia (2011); In the Middle of Affairs, Künstlerhaus Stuttgart (2010); Camden Arts Centre, London (2009); and Contemporary Art Museum St Louis (2009). 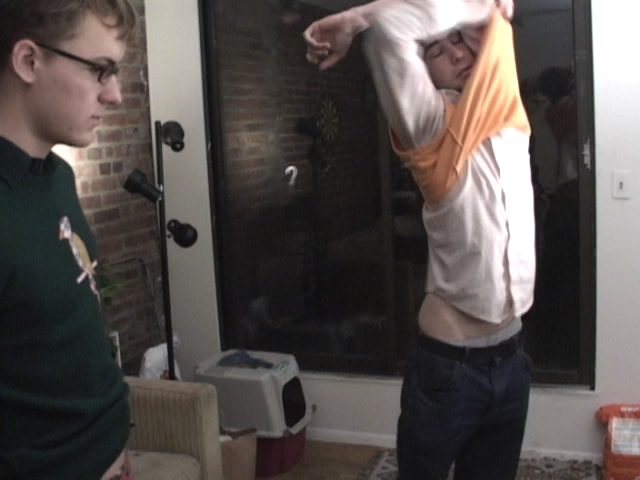