Macho Man, Tell It
To My Heart:
Collected by Julie Ault

On Art and Artists Series. Julie Ault: What Follows…, 1991
University of Colorado, 29min

On Art and Artists Series. Andres Serrano: What Follows…, 1991
University of Colorado, 31min

In January of 1991, Julie Ault and Andres Serrano visited the University of Colorado at Boulder at the invitation of Lucy Lippard, who taught there intermittently for many years. The visit was on the occasion of the first solo exhibit of Serrano’s KKK Portraits at the Colorado University Gallery. Group Material had by then completed some of their most influential exhibitions, including The Castle (Documenta 8, 1987), Democracy (Dia Art Foundation, 1988-1989), and AIDS Timeline (Berkeley Art Museum, 1989). Ault and Serrano were at the end of their marriage, and Group Material was in a crisis about if and how to move forward. Serrano was not a member of GM, but his work appeared in several of their projects, and the visibility of his images in the American Culture Wars was in dialogue with GM projects that challenged and provoked debates on art in the public sphere. Accordingly, this pair of videos is a time capsule, or perhaps a freeze-frame, of their diverging subjects.

This program is preceded by Cinema Elaine. 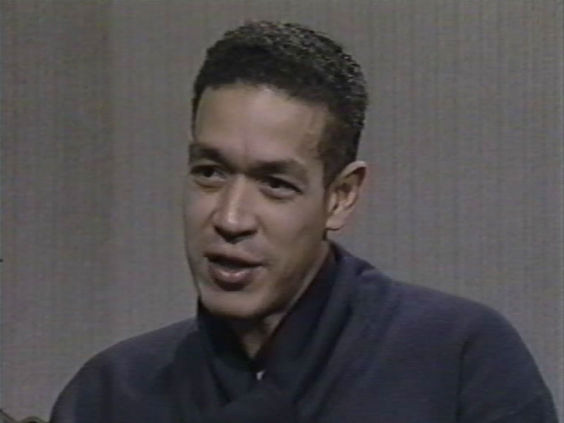 Still from On Art and Artists Series. Andres Serrano: What Follows…, 1991
University of Colorado, 31min 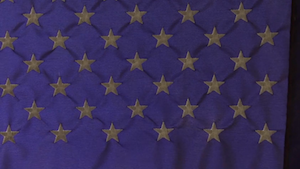