On the Necessity of Art's Exit from Contemporary Art
Suhail Malik

Artists Space presents a series of four talks and discussions led by Suhail Malik, writer and Co-Director of the MFA Fine Art at Goldsmiths, London, based on his research and writing on the conditions and shortcomings of contemporary art. Beginning on Friday May 3 and extending over a six-week period, the format provides scope for sustained dialogue and responses to Malik’s propositions. Each session will involve the participation of guest artists and writers as respondents.

Contemporary art’s shortcomings are increasingly evident even with respect to its own purported ambitions: proposing alternatives to homogenizing, normative conventions; as a method or mechanism of escape from the standardizations and conventions set by large-scale, commercial-corporate, or institutionally secured forms of recognition; as a site of utopian proposals, and so on. These imperatives impose themselves yet more severely when contemporary art itself establishes such norms and institutional figures. The effort is then made to escape art as we have it, perhaps for a more valid, more immediate, perhaps more populist or accessible kind of art which, for that reason, would have yet greater critical-political traction than institutionalized art. The now-familiar emphases on public participation, nonart, smuggling, deterritorialisation, inbetweenness, eventhood, indeterminacy, deskilling, etc. all heed this imperative. But as re-iterations of the logic of escape, these efforts also perpetuate and entrench the very limitations of art they seek to overcome. The resulting interminable endgame of art’s critical maneuvers serves after a short moment to provide new paradigmatic exemplars for it, a condition of tamed instability that characterizes contemporary art today well enough.

This series proposes that for art to have substantial and credible traction on anything beyond or larger than itself, it is necessary to exit contemporary art. An exit that requires the revocation of contemporary art’s logic of escape. If the demand here has an appeal and deserves attention—and it need not since the current constitution of contemporary art serves very well the aesthetic, intellectual, and sociological forms that sustain prevalent power in and through the art field, including all prevalent forms of critique—then this demand must be placed not just on the art itself but also on the ideas it invokes, as well as the social structures and ethos sustaining this configuration. The question then is what this art other to contemporary art’s paradigm of escape can be? What other kind of social structure and distribution of power than that prevalent in contemporary art would support it? What should an art that is not contemporary art do? Of what would its traction consist and amount to?

Friday, May 3, 7:30pm
1. Exit not escape
In which the necessity for art’s exit from contemporary art is derived.

Friday, May 31, 7pm
3. A history of negations
In which the exit from contemporary art is shown to not be art’s negation.

Friday, June 14, 7pm
4. Institution
In which art's avowal of its institutionality is shown to grant art the traction contemporary art seeks but must deprive itself of.

Suhail Malik writes on political economy, theory, and the axioms of contemporary art. Malik holds a Readership in Critical Studies at Goldsmiths, London, where he is Programme Co-Director of the MFA Fine Art. For 2012-13, Malik is Visiting Fellow at the Center for Curatorial Studies at Bard College, New York.

Recent publications include: "The Politics of Neutrality: Towards a Global Civility" in The Human Snapshot (2013), “Tainted Love: Art’s Ethos and Capitalization” (with Andrea Phillips) in Art and Its Commercial Markets (2012), “Just When You Thought It Was Safe to Participate Again—Communism, Its Recurring Nightmare” in Waking Up From the Nightmare of Participation (2011), “Why Art? The Primacy of Audience” Global Art Forum, Dubai (2011); “The Wrong of Contemporary Art: Aesthetics and Political Indeterminacy” (with Andrea Phillips) in Reading Rancière (2011); “Educations Sentimental and Unsentimental: Repositioning the Politics of Art and Education” in Redhook Journal (2011); “Screw (Down) The Debt: Neoliberalism and the Politics of Austerity” in Mute, 2010; “You Are Here” for Manifesta 8 (2010). 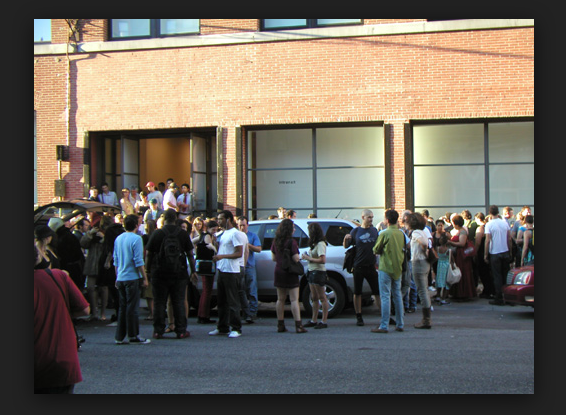 1. Exit not Escape
Suhail Malik, with responses from Jenny Jaskey and Richard Birkett

2. The Problem with Contemporary Art is not the Contemporary
Suhail Malik, with responses from Liam Gillick

3. A History of Negations
Suhail Malik, with responses from Diann Bauer