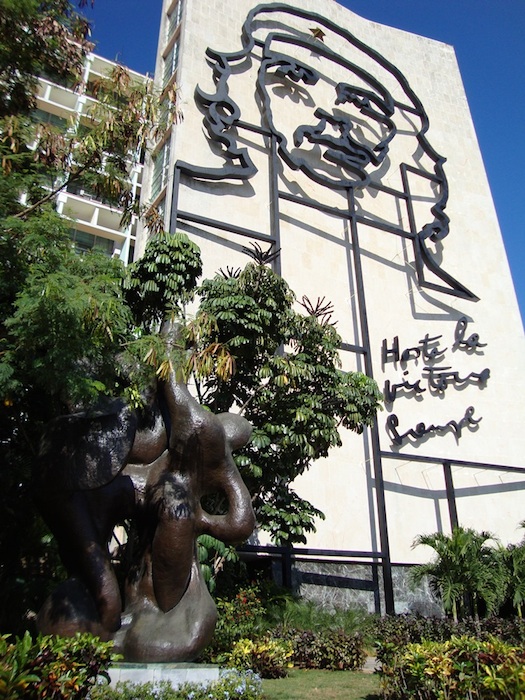 The Cultural Field as Battlefield:
Art and Ideology in the UK and Cuba
Rebecca Gordon-Nesbitt

Having worked for a decade as a curator of contemporary art in the UK, Ireland and the Nordic countries, Rebecca Gordon-Nesbitt organized her last exhibition at apexart in New York City on the eve of the Iraq war. Since then, she has focused her work on research exploring the impact of cultural policy upon creative practice. This has led her to chart the various waves of privatization that have beset the cultural field in the UK, and to go in search of alternatives in the aftermath of the Cuban Revolution.

Rebecca's talk at Artists Space : Books & Talks presents some of her recent research across ideological boundaries. In the first place, departing from popular top-down conceptions of Cuban policy-formation, she distinguishes Marxist-humanist approaches to culture from those developed in the Soviet Union. This enables her to build comparisons with notions of cultural value that have developed under neoliberalism, and have impacted greatly on European funding structures.

Rebecca Gordon-Nesbitt studied History of Art at the Courtauld Institute of Art in London, before working as a curator and writer on contemporary art. With Maria Lind and Hans Ulrich Obrist she established salon3, a space for international exchange in London in 1998 and, two years later, was appointed as a curator at the Nordic Institute for Contemporary Art in Helsinki. Since the early 2000s her investigative work across cultural and academic fields has led her to take on research positions with institutions including the University of Edinburgh, and CCA Derry. She was editor of Make: the magazine of women’s art, and her texts have appeared in a range of publications from Critique Journal of Socialist Theory and the International Journal of Cultural Policy to Mute and Variant (a selection of which is available at www.shiftyparadigms.org). Recently she has been involved in research into the small-scale visual arts sector in the UK, with the London-based group Common Practice.