Artists Space presents an evening celebrating Michael Bullock's new book Roman Catholic Jacuzzi, published by Karma, New York. The cocktail reception and book signing will be celebrated with music by Honey Dijon and a special performance by the Harlem-based gay and lesbian gospel choir Lavender Light. Roman Catholic Jacuzzi is an autobiographical novella, telling the true story of the author's accidental discovery of a secret retreat for gay Catholic priests, and the weekend that ensued.

Born and raised in Massachusetts, Michael Bullock is a writer and has been actively involved in independent magazine publishing for over a decade. Upon moving to New York City he started his career at the seminal downtown publication index. He went on to establish BUTT (the revolutionary Dutch magazine for homosexuals) in America, becoming its U.S. publisher from 2004–11. Currently, he is the American features editor for the contemporary interiors magazine Apartamento, a regular contributor to the architecture and design title PIN–UP, and works on the publishing side of Fantastic Man, The Gentlewoman, and PIN–UP. Roman Catholic Jacuzzi is his first published book.

Karma is a publishing house, gallery, and bookstore that specializes in limited edition books by leading contemporary artist such as Bjarne Melgaard, Laura Owens, Dan Colen, and Paul Lee. Karma was founded by Brendan Dugan in 2011 and is located at 39 Great Jones Street in New York City. 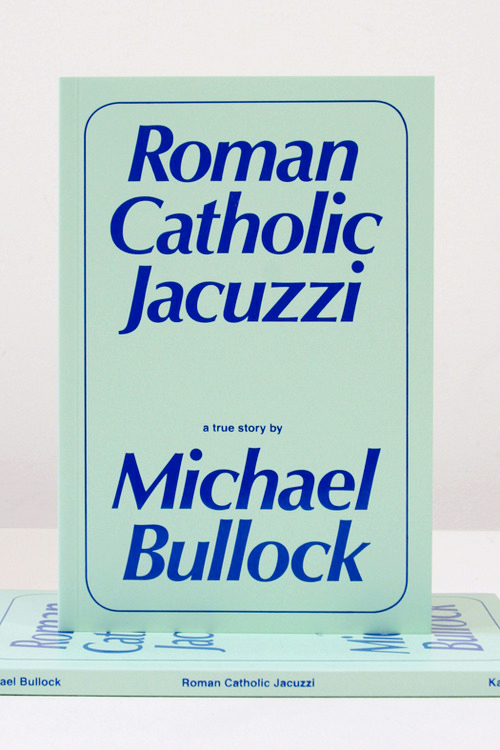