Samuel Morris Steward (1909-1993), also known as Phil Andros, Phil Sparrow (and many other pseudonyms), was a poet, novelist, and university professor who left the world of academia to became a tattoo artist and pornographer. A friend of Gertrude Stein and Alice B. Toklas, and later a collaborator with Alfred Kinsey and his Institute for Sex Research, he maintained throughout his life extensive secret diaries, journals and statistics of his sex life. His published writing ranged from essays and novels, to homo-erotica and a social history of tattooing.

Across the strands of multiple assumed identities, Steward’s biography forms a rare account of unrepressed gay life in the middle decades of the 20th Century, Kinsey’s influence encouraging him to fuse the compartmentalized aspects of his life through the detailed recording, and embracing of sexual tendencies and desires. Having died in obscurity, the extent of Steward’s personal archive has only become apparent in the last decade, through the research of biographer Justin Spring. His presentation at Artists Space will address the life and work of Samuel Steward, and the counter-narrative his archive gives of sexual expression. 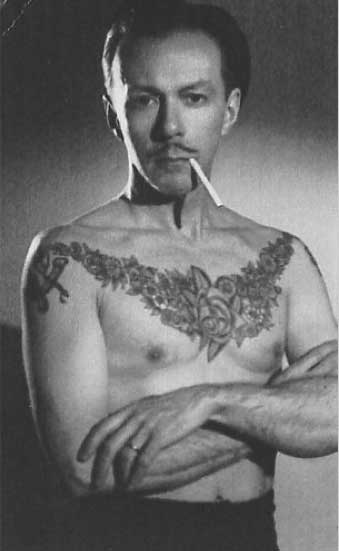