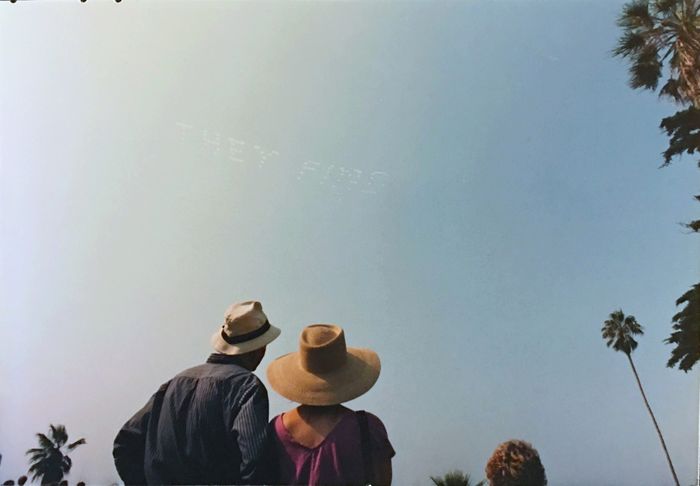 David Antin’s influential work as a poet and artist led him to develop the hybridized format of “talk poems” in the 1970s, whereby he would compose literary texts in an improvised, conversational manner in a public setting. After an introduction by Jay Sanders, Eleanor Antin, Charles Bernstein, Julien Bismuth, and Ellen Zweig will talk about David Antin (1932–2016) and his multidimensional literary and artistic output. These performances and interventions will be followed by a discussion.

This program is presented in conjunction with While I was also listening to NY & LA, a series of talks, performances, workshops and concerts in New York and Los Angeles commemorating Antin's life and legacy. These events are linked to a yearlong cycle of exhibitions and performances that took place in 2017 at La Criée Center for Contemporary Art in Rennes, France, and honor Antin's work by exploring his profound impact on the literary and visual arts.

With thanks to La Criée Center for Contemporary Art

Eleanor Antin works in photography, video, film, installation, drawing, performance, and writing. She has had solo exhibitions at The Museum of Modern Art and the Whitney Museum of American Art in New York, and was the subject of a major retrospective at the Los Angeles County Museum of Art in 1999. As a performing and exhibiting artist she has appeared in venues around the world including the Venice Biennale, the Sydney Biennale and Opera House, and Documenta 12. She has written, directed and produced many videotapes and films, among them the cult feature, “The Man Without a World” (1991). She is an emeritus Professor of Visual Arts at the University of California at San Diego.

Charles Bernstein is the author of Pitch of Poetry (University of Chicago, 2016) and Recalculating (Chicago, 2013). In 2010, Farrar, Straus & Giroux published All the Whiskey in Heaven: Selected Poems. Bernstein is Donald T. Regan Professor of English and Comparative Literature at the University of Pennsylvania, where he is co-director of PennSound.

Julien Bismuth is an artist and writer who lives and works in New York. His work has been exhibited widely, including at the Palais de Tokyo, Paris, the Kunsthalle Wien, Vienna, and the Solomon R. Guggenheim Museum, New York. Bismuth is also the co-founder of Devonian Press with Jean-Pascal Flavien, and the author of A cover to cover (uncover) (Motto Books, 2013) and Pages (Motto Books, 2013). Upcoming projects include participation in the 2018 Cuenca Biennial as well as solo project at the Nomas Foundation, Rome, in 2019.

Ellen Zweig is a media artist and writer. She has been working in film and video since the late ’90s, creating videos and video installations. Since 2007, she has been working on an homage to the documentary filmmaker Joris Ivens and his last film, “Une Histoire du Vent" (1998), filming as Ivens did in China. From 2007-2013, she documented artist and musician Z'EV's concerts, collecting and editing materials for the feature-length video, "Heart Beat Ear Drum.”