The publication The Aspen Complex relates to artist Martin Beck’s exhibition “Panel 2 –‘Nothing better than a touch of ecology and catastrophe to unite the social classes…,’” versions of which have taken place at London’s Gasworks and Columbia University’s Arthur Ross Architecture Gallery. The project draws on the events of the 1970 International Design Conference in Aspen (IDCA) and the development of the Aspen Movie Map to form a visual environment that reflects the interrelations between art, architecture, design, ecology, and social movements.The 1970 IDCA marked a turning point in design thinking. The conference’s theme, “Environment by Design,” brought together venerable figures of modern design in the United States, including Eliot Noyes, George Nelson, and Saul Bass; environmental collectives and activist architects from Berkeley such as the Environmental Action Group, Sim Van der Ryn, and Ant Farm; as well as a group of French designers and sociologists, among them Jean Aubert, Lionel Schein, and Jean Baudrillard. The conference quickly escalated into a site of unresolvable conflict about communication formats and the potential role of design for environmental practices in a rapidly changing society.The ensuing decade heralded the development of an interactive navigation system, which used the same Colorado resort town as its test site.
The Aspen Movie Map –initiated by MIT’s Architecture Machine Group (the predecessor to the Media Lab) and partially funded by the US Department of Defense – is an image-based surrogate travel system using footage filmed in Aspen. Meant to prepare users for quick orientation in places they have never been to, the Aspen Movie Map was a seminal prototype for today’s military and consumer navigation systems.

This event will bring together screenings of both Eli Noyes and Claudia Weill’s documentary, IDCA 1970, 1970 and the Architecture Machine Group’s The Interactive Movie Map: A Surrogate Travel System, 1981, alongside a conversation between Beck and contributors to the publication Felicity D. Scott and Alice Twemlow. 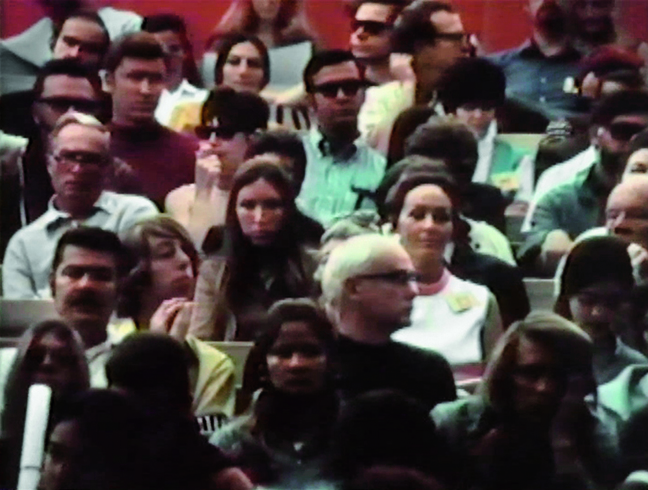