As this film considers a historical and political shift in acting methodolgies, Kirschner and Panos’ 2011 video installation, Living Truthfully Under Imaginary Circumstances deals with the affective dimension of naturalistic performance. Featuring scenes from an acting workshop and archive footage, the work turns to Sanford Meisner’s techniques for stimulating “authentic” emotion in acting, simultaneously seducing the viewer and confronting her with the mechanisms of that seduction.

For this event a screening of The Empty Plan will be followed by a discussion between Anja Kirschner and artist Andrea Geyer.

The conversation will address modes of dramatic performance and identification in relation to subjectivity, and particularly the function of the affective in relation to the political.

Living Truthfully Under Imaginary Circumstances will be installed at Artists Space : Books & Talks from Friday, October 26 – Sunday, November 18, 2012, and can be visited during opening hours. 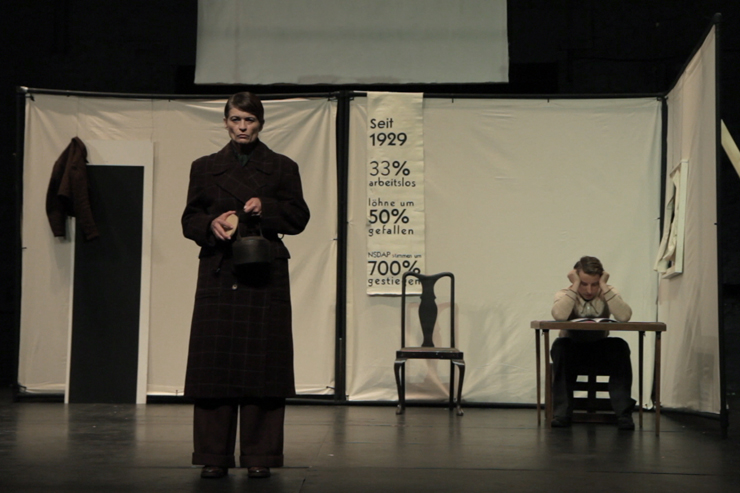 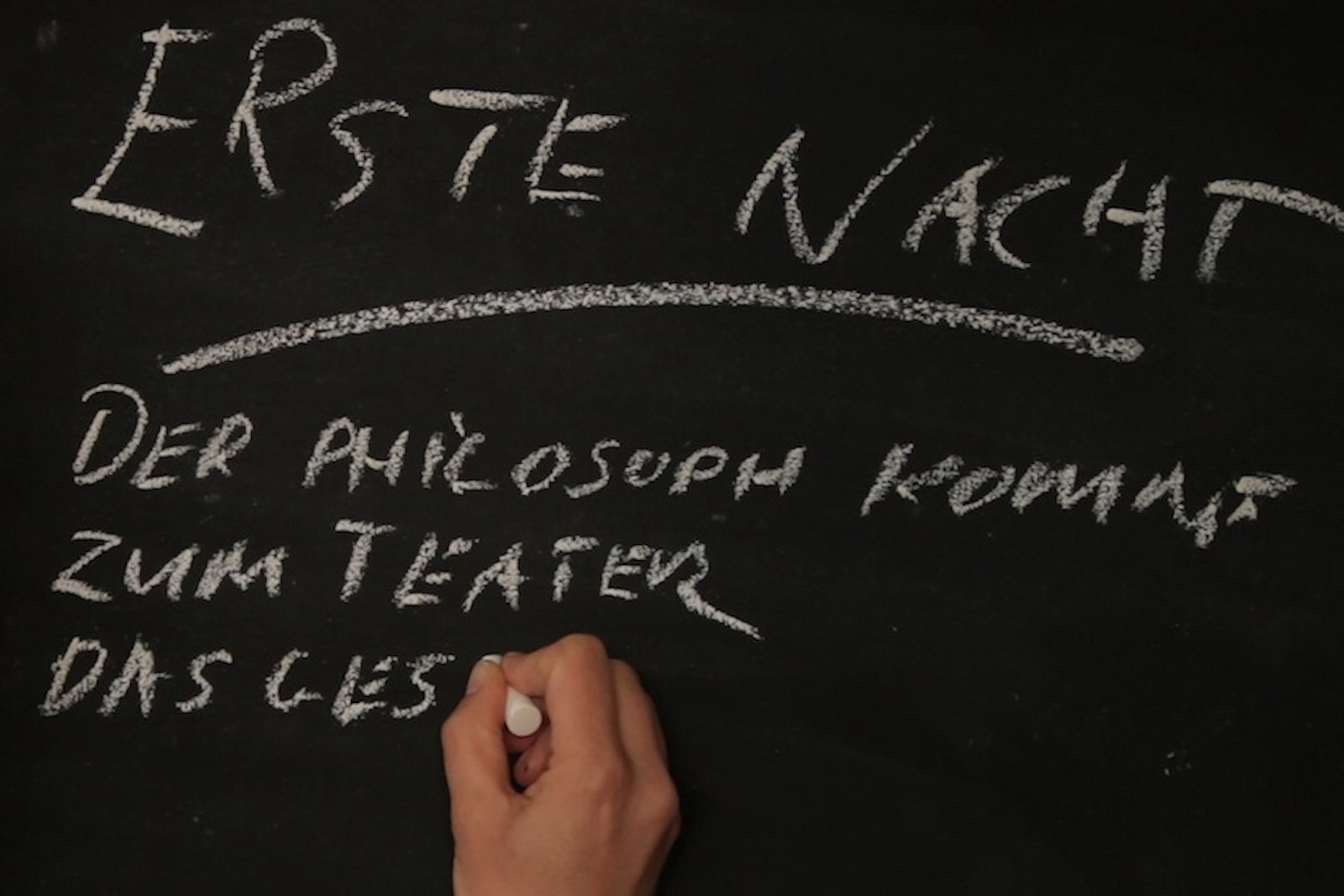 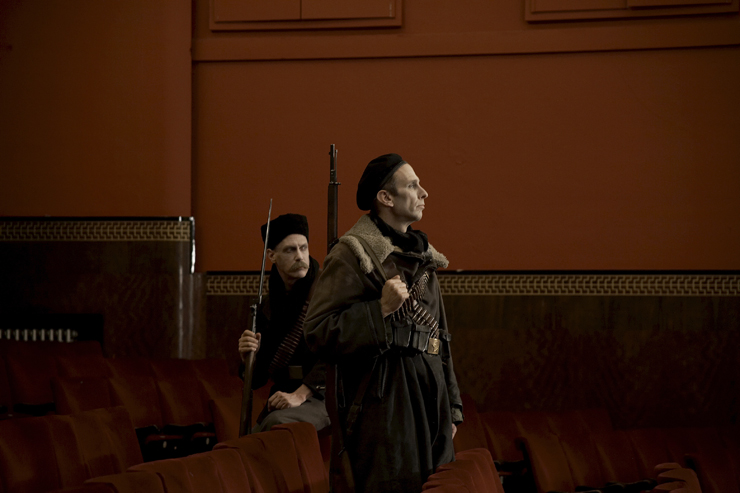 Still from The Empty Plan(2010) by Alessandra Chila