As part of Lights, Tears and Real Abstractions, a survey of work by Anja Kirschner and David Panos, the artists will introduce a screening of Yvonne Rainer’s 1985 film The Man Who Envied Women (16mm, dur: 125 mins). The film has been selected by Kirschner and Panos, drawing parallels with themes of gentrification and power in their work, and shared concerns around the address of the personal and political, theory and action, in cinematic form.

The Man Who Envied Women chronicles a familiar theme – the end of a relationship – between a struggling artist and a self-satisfied university professor, Jack Deller, the man "who almost knows too much about women." Set against a backdrop of gentrification during the 1980s Manhattan real estate boom, the film exposes the rampant clichés and pseudo-intellectual vernacular of contemporary society. By diminishing the presence of the female protagonist throughout, Rainer critically engages with feminist film theory to present alternative possibilities of cinematic desire. It is a film about oppositions created not only between the sexes, but between intellect and emotion, the conscious and unconscious.

The screening coincides with the current run of Rainer’s new choreographic work Assisted Living: Do You Have Any Money? at Danspace Project.

Rainer trained as a dancer in New York as part of the Merce Cunningham Dance Company. She began to produce choreographic work in 1960, and was a founding member of the Judson Dance Theater in 1962. Starting in 1968, Rainer began to integrate short films into her live performances and, by 1975, had made a complete transition to filmmaking.  She has since completed seven experimental feature films, and, in 1997, retrospectives of Rainer’s films were held at the San Francisco Museum of Modern Art and the Film Society of Lincoln Center in New York City. 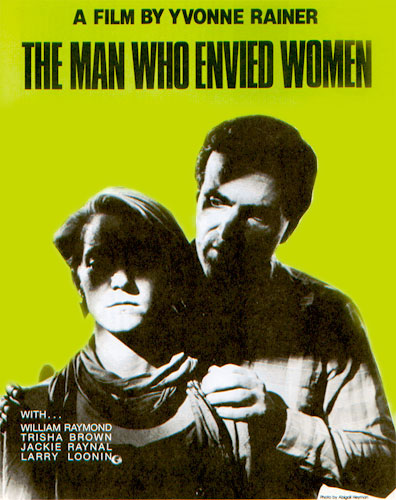 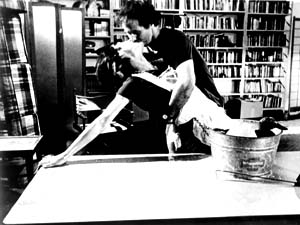