To mark the release of The Ruin of Exchange(JRP Ringier, 2012) and the re-publication of Cinematic Moments(1977), artist John Miller will be joined by art historian Alexander Alberro, critic and curator Bob Nickas, and artist Nic Guagnini in conversation on artists' writings and criticism.

Spanning a 20-year period, from 1989 to 2009, The Ruin of Exchange compiles John Miller’s cultural essays, monographs, theoretical texts, and artist statements, several of which appear in print for the first time. From the position of both an artist and writer, Miller views criticism as part of an inherent practice that includes teaching and artistic production, often implicating his own work as part of the critique. Cinematic Moments first appeared as a self-published artist book in 1977, while John Miller attended RISD. As a prose piece initially written and produced by Miller within the context of his art, the text was reprinted in 2012 as a facsimile, maintaining the original identity of the document while re-entering new modes of circulation. The reissue was initiated by Jenny Borland, with the publishing assistance of Bill Hayden and Asher Penn of 100%.

John Miller (born 1954, Cleveland, Ohio) lives and works in New York City and Berlin. He has had recent solo exhibitions at Praz-Delavallade, Paris (2012); Metro Pictures, New York (2012); and Museum Ludwig, Cologne (2011). In 1987 Miller became the US Editor for Artscribe, and co-founded Acme Journal in 1991. His writing has been featured in publications such as Artforum, October and Texte zur Kunst, and he has taught at Columbia University, the School of Visual Arts, New York, Yale University and Cooper Union.

Alexander Alberro is the Virginia Bloedel Wright Professor of Art History at Barnard College. He is the author of Conceptual Art and the Politics of Publicity(MIT Press, 2003) and has edited a number of books including What is Contemporary Art Today? (University of Navarra, 2012). Alberro is the recipient of fellowships from the National Endowment of the Humanities and the Whitney Museum of American Art.

Bob Nickas is a writer and curator based in New York. He is the author of Catalog of the Exhibition: 1984-2011 (2nd Cannons, 2011), and Painting Abstraction: New Elements in Abstract Painting (Phaidon, 2009). Nickas is the founding co-editor of index magazine and has organized more than eighty major exhibitions since 1984.

Nic Guagnini is an artist and adjunct lecturer at the Art History Department of Barnard College. His work has been shown at Miguel Abreu Gallery and Balice Hertling and Lewis, New York (2012); Andrew Roth, New York (2011); and Cherry and Martin, Los Angeles (2011). 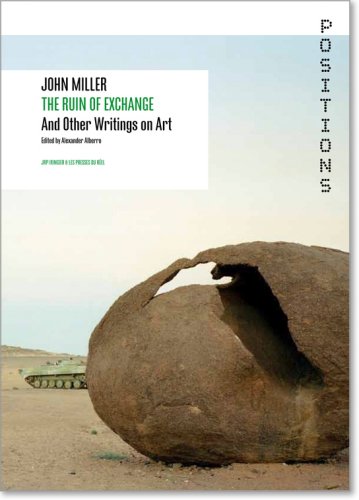 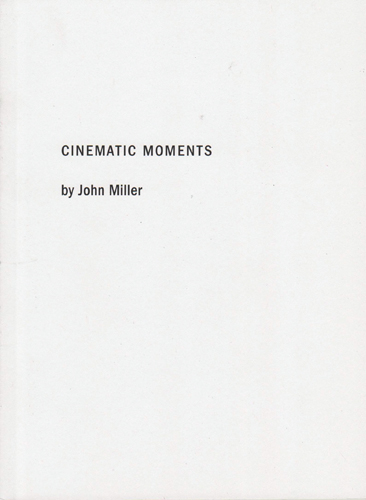