The Whole of Troy is a Horse

The Whole of Troy Is A Horse, falling between Artists Space’s Christopher D’Arcangelo and “Identity” exhibitions, suggests a tendentious connection between them through the problem of self-reflexivity and its limits.
“No one knows, or even feels, that anything is a limit or defect, until he is at the same time above and beyond it,” declared Hegel. This assertion is not only enough to send most analytic philosophers into frothing apoplexy; we might ourselves think that we know (or even feel) that it is proved false in every living person’s life, on a more or less minute-by-minute basis. Self-reflexivity certainly allows us to confront, and perhaps to transcend, some of our limits. But what happens when our consciousness of our situation, for example, is in excess of our ability to change it? In such circumstances, is self-reflexivity productive or just a band aid for a beautiful soul?
Peter Sloterdijk notoriously diagnosed the universe of late capitalism as governed by cynicism, or "enlightened false consciousness": we can see through the ideology, but, powerless to overcome it, we play along anyway, resigned and complicit. We can’t go on. We’ll go on.

In art there has been a strain of work since at the least 1960s which has explicitly reflected on its own conditions of possibility, from Adrian Piper and Lee Lozano to Andrea Fraser. Institutional critique, in the broadest sense, was a concerted effort to address reflexively art’s own (political) limits, but, as Fraser and others have noted, it has had to navigate an increasingly narrow strait between piety and resignation. Self-reflexive gestures seem to risk becoming rote, if not irrelevant, or as the artist Merlin Carpenter put it: “ 'Get out of the horse' Colin de Land used to say to artists who claimed to criticize from within – but you get out today and you are still in a bigger horse, the whole of Troy is a horse.” How can we distinguish whether self-reflexivity is being used as a resource for better engaging the world, or as a solipsistic retreat from it? What do we do when realize we have reached the limits of a practice, artistic or otherwise? And when, rather than seeking new levels of reflection, do we simply seek the exit sign?

The Whole of Troy Is A Horse will comprise three short presentations about an artist, a writer and a thinker who have, in various (possibly incommensurable) ways, confronted some of these questions. Curator and writer Mike Sperlinger will talk about the artist Keith Arnatt; designer, writer and editor Stuart Bailey will speak about the author David Foster Wallace; and philosopher Esther Leslie will talk about Walther Benjamin and the concept of "petrified unrest."

Mike Sperlinger is assistant director of LUX, London. He is the editor of Afterthought: New Writing on Conceptual Art (2005) and a contributor to publications including frieze, Art Monthly, Radical Philosophy and Afterall.

Stuart Bailey graduated from the University of Reading in 1994, from the Werkplaats Typografie in 2000, and co-founded the journal Dot Dot Dot in the same year. He has designed numerous publications in collaboration with artists, and since 2006 has worked together with David Reinfurt as Dexter Sinister.

Esther Leslie is Professor of Political Aesthetics at Birkbeck, University of London, UK. Her books have staged confrontations of critical theory with animation and colour chemistry. The next one will be on the politics and poetics of liquid crystals. With Ben Watson, she runs a website: www.militantesthetix.co.uk 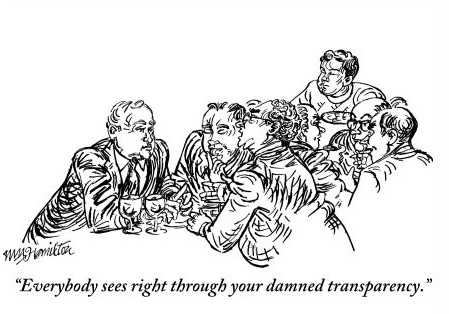