Where Do We Migrate To?
With a Presentation from
Svetlana Boym: Diasporic Intimacy and Off-Modern Solidarity

Where Do We Migrate To? is a book published in conjunction with the traveling exhibition of the same title, which explores diverging ways in which forms of migration, experiences of displacement, and questions of belonging have been addressed by artists in recent years. For the book, four prominent international writers were invited to reflect on the themes from the exhibition. Ranging from the playful to the theoretical, from the poetic to the philosophical, their essays call for an increasingly complex understanding of the contemporary migrant experience. The book also includes nineteen postcards by the artists participating in the exhibition, designed specifically for the publication and presenting multiple visual interpretations of migratory encounters. For the launch at Artists Space, publication editor Niels Van Tomme has invited essayist and artist Svetlana Boym to give a presentation on her concepts of “diasporic intimacy,” “alternative solidarity,” and “public freedom” as explored in her essay for the book. Her talk Diasporic Intimacy and Off-Modern Solidarity rethinks these concepts in the framework of her recent publication Another Freedom, and the global uprisings in 2011.

Svetlana Boym is a writer, theorist, and media artist. She has participated in numerous exhibitions and is the author of several books, most notably The Future of Nostalgia (2001), Architecture of the Off-Modern (2008), and Another Freedom: The Alternative History of an Idea (2010). She is a contributor to journals and magazines such as Artforum, ArtMargins, Cabinet, Punto de Vista, Critical Inquiry, Representations, and Poetics Today. Boym teaches Comparative Literature at Harvard University and is an Associate of the Graduate School of Design.

Niels Van Tomme is a New York based curator, researcher, and critic. His most recent exhibition Where Do We Migrate To? opened at the Center for Art, Design and Visual Culture in Baltimore and will travel to Parsons The New School of Design in New York and the CAC in New Orleans in 2012, and the Rubin Center for Visual Arts in El Paso in 2013. He is a Contributing Editor of Art Papers and publishes internationally in journals, magazines, and exhibition catalogues. He is Director of Arts and Media at Provisions Learning Project. 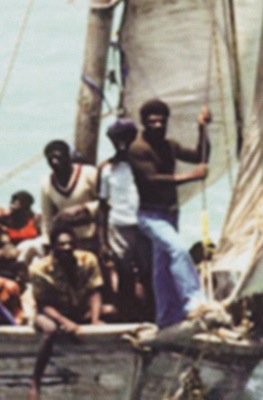