Zona. Carga y Descarga (Zone. Charges and Discharges) was a short-lived but highly influential journal active in Puerto Rico in the 1970s. Primarily edited and published by writer Rosario Ferré, the periodical marked a moment of experimentation in Puerto Rican writing, commissioning marginalized Latin American, Portuguese, Puerto Rican, and Nuyorican writers. Zilia Sánchez designed the first issues between 1972 and 1973 – her use of photomontage, innovative typesetting and layered layouts of image and text inscribed into the publication a fractured topology. This approach echoed the journal’s roots in a post-structuralist discourse, and its strong connections with the work of the Cuban author Severo Sarduy and his engagement with the radical Parisian magazine Tel Quel.

Benigno Trigo will present his research around the connections between Zona and the work of Zilia Sánchez as sublimations of an intense death drive during the 1970s in the Commonwealth of Puerto Rico.


Benigno Trigo’s research and writing focuses particularly on the intersection of the body and writing. His publications include Kristeva's Fictions (Edited) (2013), Remembering Maternal Bodies (2006), Noir Anxiety (Co-authored with Kelly Oliver, 2003), Foucault and Latin America (Edited) (2002), and Subjects of Crisis (2000). He has also published articles in numerous academic journals and is a member of the editorial board for Revista de Estudios Hispánicos and Dissidences. He is currently working on a book on post-colonialism, and its construction of subjects whose writing and artistic production both resist, even as they repeat, the burden of colonial dynamics. 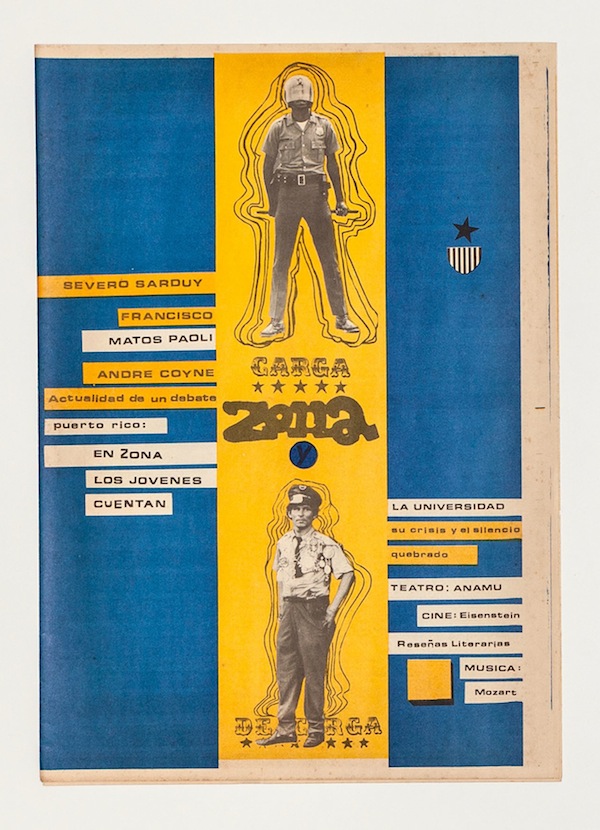